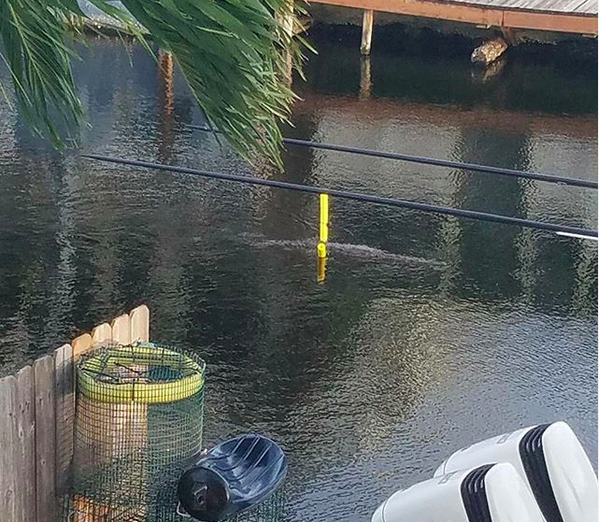 Pool noodles are a great addition to every pool, and we love them. These noodles can be used in many different ways, and each of them guarantees fun times. Even this crocodile agrees on that one!

A crocodile in Florida was spotted using a pool noodle to cross the canal in Key Largo.

Victor Perez was near the canal behind his house, and he couldn’t just ignore the crocodile. You don’t always see a crocodile floating on a yellow pool noodle.

Perez was standing on his balcony when he spotted the noodle. Oh, yes, the crocodile was there, too. So, he reached for his phone and took the most incredible photo you will see on the Internet these days.

The man was sort of confused. What was going on? First, he spotted the noodle, but there was no swimmer. Where was the guy?

His followers couldn’t hold the urge to ask him if he was going to get the noodle back.

Perez owns Reef Tropical Cleaning, and he is used to seeing a lot of crocodiles. However, this was his very first crocodile floating on a yellow pool noodle. According to Perez, the crocodile looked like a typical Florida tourist. Hilarious!

The post A Crocodile Was Spotted Using a Pool Noodle to Swim Across a Canal in Florida appeared first on Healthy Food House.