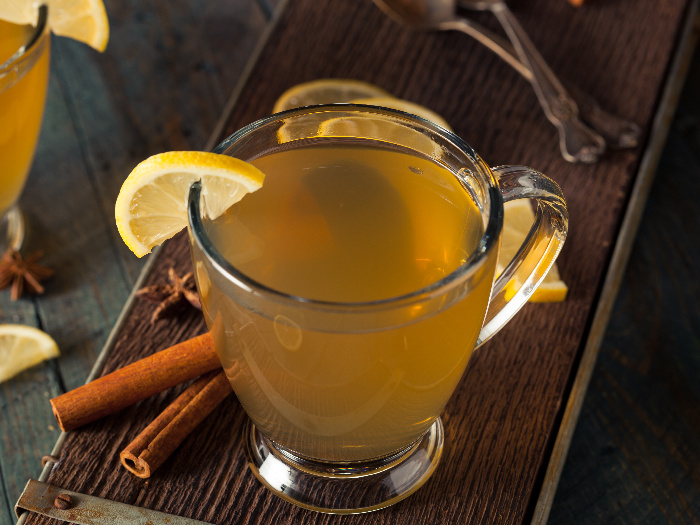 When it’s cold outside and you want a little warmth to light up your soul, there is nothing better than a hot toddy tea. Spicy, sweet, and with a good slug of alcohol, it’s a drink that’s guaranteed to give your spirits a hefty little boost. It is also surprisingly flexible. You can play with the ingredients, switch the type of alcohol, or play with the proportions.

What is Hot Toddy Tea?

A hot toddy tea is an adaptation of the classic hot toddy cocktail where we add hot tea to alcohol. Like many things quintessentially British, the origins of the hot toddy tea lie in its colonial past, or to be geographically correct, in India. The word toddy was used for fermented flower sap from a coconut palm. Many toddy makers used hot water, sugar, and spices to make their brew. Unsurprisingly, this is pretty much the recipe for a hot toddy, alcohol, honey, and warm water. The spices used in the tea also came from the former British colonies, India and Sri Lanka.

There are, of course, disputed versions and other claimants. One such story attributes the toddy to an Irish physician named Robert Bentley Todd, who was known to prescribe it to his patients. The truth perhaps lies between the two. Perhaps the physician learned of the recipe from people who returned from India and found it useful for treating people with a cold.

While the origin of the drink can be debated, there is little doubt about why it acquired fame. The hot liquid with its alcoholic kick is just what you need on a cold day. The honey and the lemon, often used in the tea, are known antioxidants that are effective in treating colds. The spices give this drink another delicious edge. They also helped in disguising the taste of raw scotch that people often used to make the tea.

How to Make Hot toddy tea?

Although the hot toddy tea was seen as medicinal, it is just as beloved for a lazy night in when you want something hot with an edge. It’s a variation of the classic hot toddy which was made with hot water, honey, lemon, spices, alcohol. In this version, the hot water was infused with tea.

The hot toddy tea is a delicious drink that can also help you deal with cold and cough. You can customize the recipe according to your taste.

This is a basic recipe that you can adapt to your taste. Use the alcohol you like, change the amount of honey or lemon till you hit the flavor you love.

The Best Tea and Alcohol For The Toddy

The hot toddy was originally made with raw scotch. Many people still prefer to make it with malt scotch. Rich bourbons and rye whiskeys work equally well. When it traveled to America, the alcohol of choice was rum from the Caribbean. Another variation used local brandies. In a pinch, you can also use gin. The good news is that the hot toddy tea is remarkably resilient, equally adaptable with the variations in the alcohol.

For the tea, you should pick a strong brew. Black tea such as Darjeeling, Assam, and Ceylon are classic choices. You can also opt for Chinese Keemun tea. Some people have experimented with herbal teas such as ginger tea. You can add milk to the tea if you want.