Will the Coronavirus Outbreak Get Better This Summer? Maybe Not 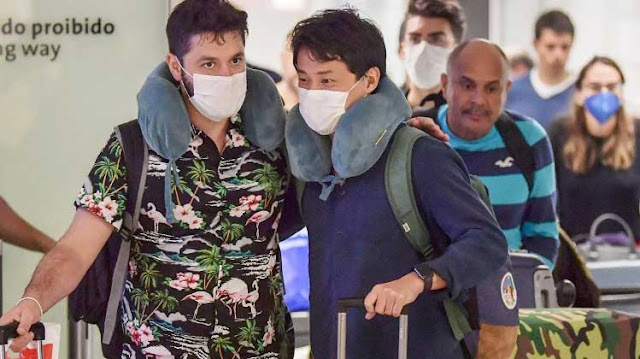 Could the severity of the new coronavirus (COVID-19), or its ability to spread, be less severe as temperatures warm up it the Northern Hemisphere?

A man from Brazil tested positive for the virus after recently traveling to Italy. His case made headlines because it showed that the virus is spreading into Latin America.

It also raised questions about how some countries are ill-equipped to deal with the epidemic, as well as how the virus may fare in warmer climates.

Viruses can behave differently in different hemispheres, and this virus emerged in low temperatures.
Brazil’s health minister, Luiz Henrique Mandetta, told the The New York Times that the virus is new, so experts aren’t sure quite how it will behave.

He told G1 that officials hoped the virus wouldn’t readily spread because it’s summertime in the Southern Hemisphere. The virus may behave differently in summer weather in Brazil, he said.

“During warmer weather, people often congregate less inside of closed buildings. Buildings often have more air circulation, and there is often an increase in UV light from sunshine, all of which may help reduce viral transmission,” he told Healthline.

However, not all experts are on the same page.

Mauricio Santillana, Ph.D., an assistant professor of epidemiology at the Harvard T.H. Chan School of Public Health, thinks the opposite may be true.

As of now, we haven’t seen evidence that higher temperatures (and higher humidity), such as those being experienced in the Southern Hemisphere, will lead to decreases in COVID-19 transmission, he told Healthline.

“This is in contrast to what one would expect for seasonal influenza… we expect that the Southern Hemisphere will be as vulnerable to the COVID-19 outbreak as the Northern Hemisphere is,” Santillana said.

If you look at Singapore, for example, the country is experiencing summer-like temperatures and humidity comparable to many locations in the Northern Hemisphere.

It’s also, perhaps, comparable to those being experienced now in the Southern Hemisphere.

The country has seen sustained disease transmission in past weeks, Santillana points out.

Gray says he doesn’t think this epidemic will stop anytime soon, as no vaccine is available.

“Even if an effective vaccine was available and epidemic did not spread to other countries, you would still have to rapidly vaccinate a large part of the world’s population to stop this virus,” Gray explained.

Epidemics like this dissipate or burn out when they run out of susceptible people coming into contact with the virus.

If the virus gets into large cities, he expects more human-to-human transmission in places where people have close contact and hygiene may be poor, such as jails, daycare centers, and schools.

As for where coronavirus is headed, Gray says many experts think this virus could become a seasonal respiratory disease virus that waxes and wanes in transmission intensity each winter based upon how many people are susceptible to a given area at a specific time.

In the coming weeks, experts will have a better sense of what to expect in 3 months and in 1 year, for instance.

“We do not have enough evidence now to speculate on how disease transmission will behave in the near future across the world, but we think that public health interventions will be necessary to mitigate the effects of this outbreak in multiple locations,” Santillana said.

“Given the current spread of this outbreak, it is likely that this new coronavirus will circulate in the coming months at least,” he added.

In related news, KK Cheng, a public health professor at the University of Birmingham, called on the government to provide clearer guidance on one such public health intervention: wearing masks.

He says the benefit of healthy people wearing masks is low at the moment in the United Kingdom, for example. But if the virus gets worse, mass masking could be helpful.

“Governments should provide clearer guidance on the role of wearing masks. At the moment, the World Health Organization and almost all national authorities advise against healthy people wearing masks in community settings,” he said. “This may be overlooking a perfectly sound public health tool.”

Coronavirus seems to be “more pandemic by the day,” he says, so governments need to reassess the role of mass masking despite its stigma.

“It is more sustainable and less disruptive than some social distancing measures that are being considered. Preparation for its implementation needs to start soon if it is to be deemed worthwhile,” Cheng said in a statement.