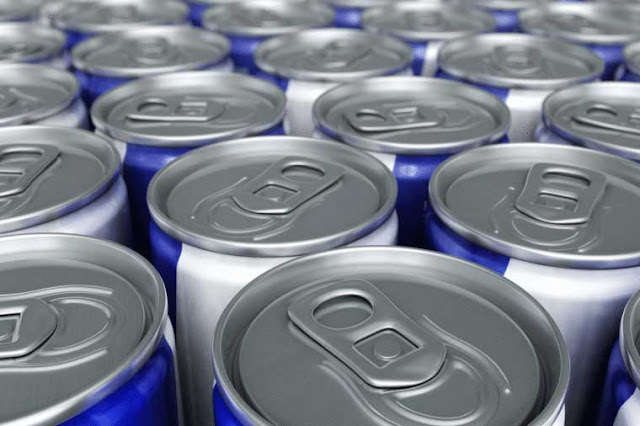 Before you pop open another can of an energizing bevvy, you should know the not-so-innocent effects energy drinks can have on your body.

In spite of the potential hazards of energy drinks, the market for them is booming. The Global Energy Drink market is expected to reach $72 billion by 2024. This is great news for energy drink manufacturers, but what are consumers really getting when they buy these drinks?

Most of the major brands—such as Red Bull, Monster Energy, Rockstar Energy Drink, and NOS Energy Drink—have the same ingredients. We asked experts to reveal exactly what their ingredients do to our bodies. (Psst: Instead of reaching for an energy drink, try these high-energy foods that’ll give you a natural boost.)

Energy Drinks Can Cause Dehydration 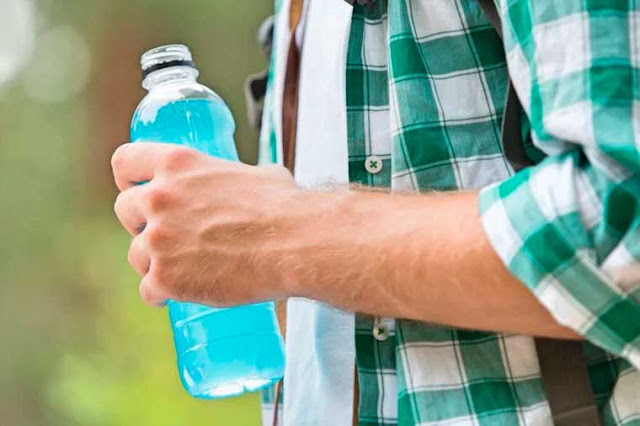 The main source of energy in most energy products is caffeine. Monster Energy, Rockstar Energy, and NOS Energy all have about 160 mg of caffeine in a 16-ounce can. Red Bull has 80 mg of caffeine in an 8.4-ounce can. (For comparison, an 8-ounce cup of coffee can contain 80 to 100 mg of caffeine, according to the Food and Drug Administration (FDA).) Caffeine has a diuretic effect, which means it increases the amount of salt and water that your body releases via urine.

In extreme cases, this can lead to dehydration. It can be particularly harmful in people who drink these products for the first time and don’t know to compensate with extra water, says nutritionist and author Beth Warren. The FDA’s official stance is that people shouldn’t consume more than 400 mg of caffeine per day, which is roughly 4 to 5 cups of coffee, but food and drink manufacturers are not required by law to list the amount of caffeine their products contain. (Psst: Did you know that you can get dehydrated in the winter?) 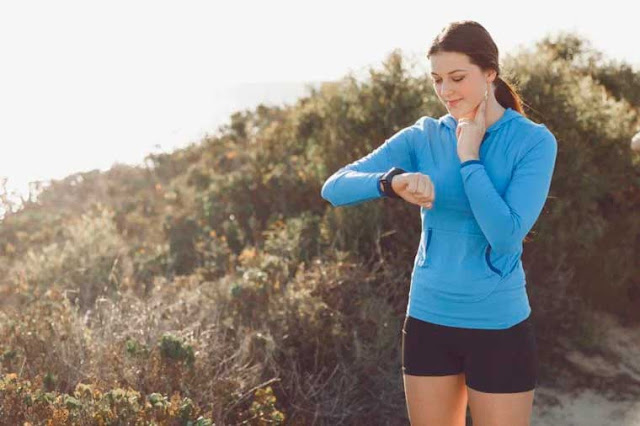 As a diuretic, caffeine also poses a heart rate risk, says nutritionist Lisa Cohn, RD. A 2019 study in the Journal of the American Heart Foundation found that healthy people who drank 32 ounces of energy drinks in an hour had abnormal heart activity and higher blood pressure four hours later. And that’s not the first research on energy drinks and the heart. The Canadian Journal of Cardiology published a comprehensive study in 2015 that looked at the incidences of cardiac events after energy drink consumption among adolescents. They found that energy drink abuse among teens caused an increased risk of cardiac events, especially in those with underlying heart conditions. (Here are a few heart attack prevention tips every woman needs to know.)

There were even some cases of energy drink products causing changes in heart rhythm among teens with healthy hearts. This risk increases when the child engages in sports or exercise. In some cases, the high caffeine content of these drinks triggered undetected heart conditions, as in the case of a 17-year-old boy who showed up at the emergency department with sudden onset of palpitations after drinking a high caffeine pre-workout energy drink at the gym. 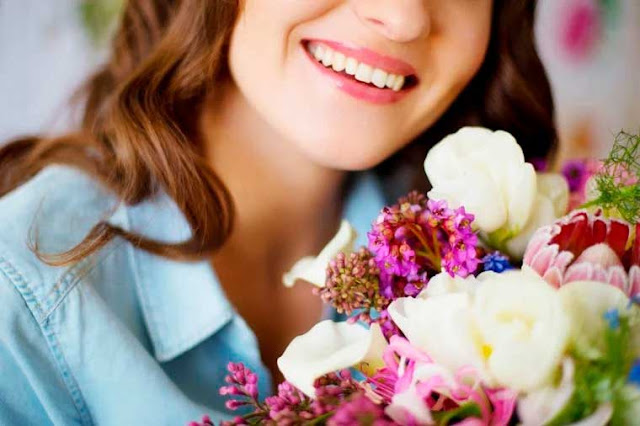 Energy drink products contain citric acid, which is highly corrosive to teeth, warns registered dental hygienist Anastasia Turchetta. “Imagine the collision of citric acid with sugars, and you have the perfect storm for tooth enamel demineralization and/or tooth decay,” says Turchetta. “Once your enamel is gone, it won’t grow back! What’s next? Tooth sensitivity and thinner enamel, which will look more yellow and attract more stains.” What’s even more concerning is that the precise amount of citric acid is not required on the label, so we don’t actually know how much we’re getting. (Check out the secrets your dentist isn’t telling you.) 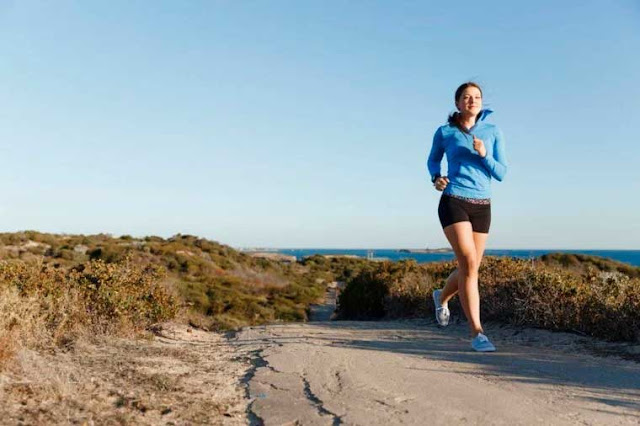 They may be called energy drinks, but the truth is that their main ingredients (taurine, L-carnitine, and glucuronolactone) don’t provide a genuine energy boost at all. “Taurine and L-carnitine are amino acids involved in energy metabolism and are naturally found in muscle and organ tissue,” Cohn explains. “They are used in energy products but do little to boost energy. Glucuronolactone is often said to increase energy because of its supposed impact on energy metabolism, but it has no real effect on energy levels either.” The perceived energy boost likely comes from sugar (glucose is a major energy source) but it doesn’t last long before the crash comes. And the adverse effects of high sugar content don’t stop there. An energy drink typically contains about 13 teaspoons of sugar per serving—more than double the World Health Organization’s recommended daily limit of 6 teaspoons of added sugar per day.

“Over time, this amount of simple sugar exposure contributes to obesity and insulin resistance,” says Warren. “Studies also show that energy products cause complications for those with heart conditions and high blood pressure. In the end, what we know and do not know about the effects of energy products is enough to skip drinking them.”(Here’s other reasons cutting back on sugar is so good for your health.)

Energy Drinks May Cause Headaches And Mood Swings 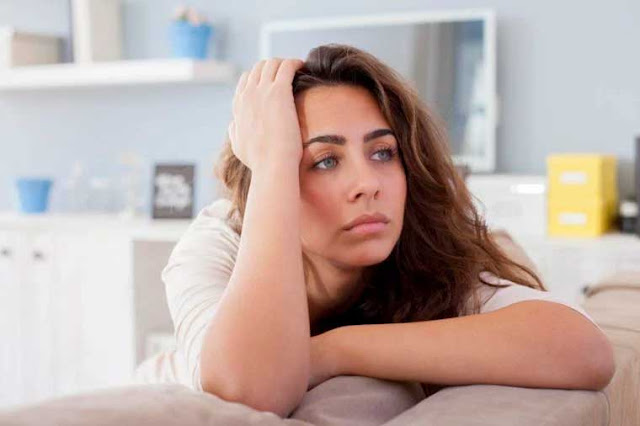 Guarana, another common energy drink ingredient, may be a plant, but that doesn’t mean it’s good for you. It’s high in caffeine, even more so per serving than coffee. “Guarana stimulates the central nervous system,” explains Cohn. “This provides a feeling of energy boost and mental clarity and can reduce appetite. However, it can also cause adverse energy drink side effects such as headaches, insomnia, nervousness, and mood swings; it can be dangerous when combined with prescription medication; and it can cause various side effects, from cardiac and digestive problems to impaired judgment and decision-making.” The real danger of guarana is that it’s not listed as an additional source of caffeine on ingredient lists. “Some young adults have reported being sent to the emergency room because of overdoses of caffeine in the form of guarana-based drinks,” warns Warren.

The FDA notes that rapidly consuming 1,200 mg of caffeine or more can cause seizures and may even be potentially life-threatening. An even bigger risk than energy drinks is pure-caffeine dietary supplements that are sold in a powder or liquid form. “Pure and highly concentrated caffeine products present a significant public health threat and have contributed to at least two deaths in the United States in the last few years, the FDA says.

It’s a good idea to be aware of the risk of caffeine in general and to avoid consuming too much of it in any form. “Caffeine can be part of a healthy diet for most people, but too much caffeine may pose a danger to your health,” the federal agency says.

Next, check out our favorite energy-boosting foods to eat when feeling lethargic.

Important Notice: This article was originally published at www.besthealthmag.ca by Claire Gillespie where all credits are due.