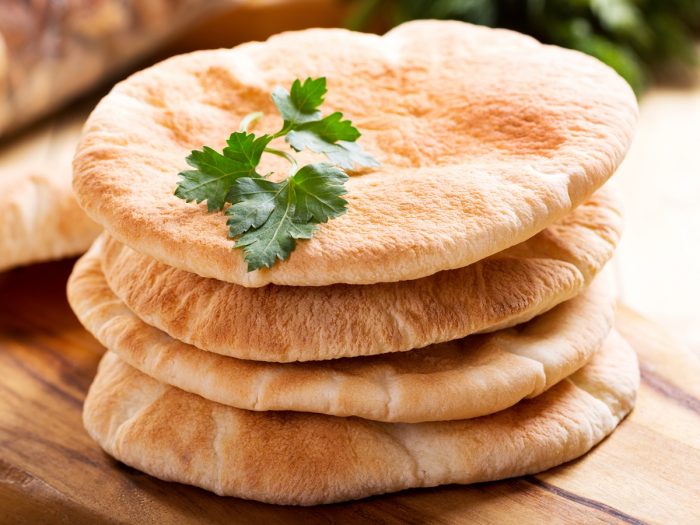 The Middle eastern platter has a range of top-notch delicacies for the sophisticated palates. Ranging from hummus to knafeh, everything you see and taste is delicious, yet diverse, with a certain degree of uniformity, thanks to the generous flavors of spices that makes one want more. Also, what better way to enjoy flavorful dishes than pairing them with some soft, cushiony pita bread? Let’s find out more with our recipe.

What is Pita Bread?

Baked from wheat flour, pita is a family of yeast-fermented round flatbreads with a pocket. This bread is common in the Middle East and Mediterranean region. Due to its popularity across the Gulf, its origin is still a hot topic for debate.

This bread, also popularly known as khubz, is a favorite amongst the masses because of its puffy and soft texture that goes well with every type of dish – meat platter, shawarma, falafel, and hummus. It is soft, chewy, and a melt-in-the-mouth goodness.

How to Make Pita Bread?

Homemade pita bread is super easy to make. The dough is made with basic ingredients such as flour, water, yeast, oil, salt, and a sweetener such as sugar or honey. Then it is rolled thin and baked at a high temperature. As it bakes, it puffs up and creates a pocket so perfect for filling. Watching them puff gloriously in your oven or on your stovetop is culinary magic at its best. Refer to our recipe and let us show you how we do it.

Make fresh pita pockets at home and indulge in a complete Middle eastern experience. Have options to choose from – shawarma, falafel, hummus, or labneh.

Cook time applies if you bake the bread one at a time. Cook time for one pita varies between 3-5 minutes. If you do not have a baking stone, use a cast iron skillet or a baking sheet. To ensure a pocket, make sure your oven is very hot. It is advisable not to roll your pita too thin.

There are a lot of questions that arise in everyone’s mind when they try pita bread for the first time. Let us have a look at some of them.

How many calories in pita bread?

Pita bread has relatively low calories. It is also a rich source of protein and carbohydrates.

How many carbs in pita bread?

According to FoodData Central, 100 g serving of whole wheat pita fetches you 55 g of carbohydrates.

What to eat with pita bread?

We think of pita usually as a vehicle for falafel and hummus. But pita is a delicious and versatile bread that can be used in a variety of ways. We have curated few of them to add creativity to your Mediterranean platter:

Where to buy pita bread?

Pita bread is found in the bread aisle in most supermarkets. If not, try the deli area of your supermarket which has freshly baked artisanal bread. However, if it is not available, a good substitution is commercially sold pocketless naan which is a similar type of bread popular in  Indian cuisine.