The Truth About Vitamin C 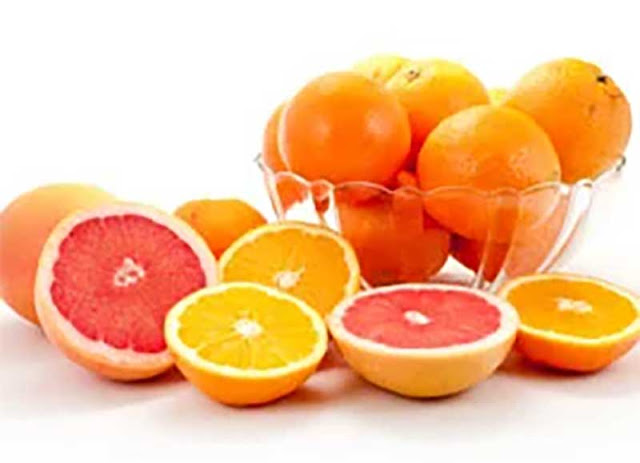 While science has debunked the myth that it cures the common cold, this antioxidant can fight diseases and so much more.

It’s a storied nutrient: Scurvy, a disease caused by a lack of vitamin C, plagued seafarers from the ancient Egyptians to Jacques Cartier’s crew. Then in the late 1700s, fresh citrus juice became a staple aboard British naval ships. Skip ahead a few centuries to 1970, when Nobel Prize-winning chemist Linus Pauling wrote his popular book Vitamin C and the Common Cold, in which he argued that taking large doses of C led to ‘an increased feeling of well-being, and especially a striking decrease in the number of colds.’

Of course, vitamin C as a cure for the common cold hasn’t stood up to science: A 2007 review of decades of research concluded that taking regular doses (200 milligrams [mg] or more per day) usually doesn’t help prevent or treat colds. But there is good news: The review’s authors found that daily vitamin C supplements may possibly shorten the duration of cold symptoms.

The Health Benefits Of Vitamin C

Vitamin C (also known as ascorbic acid) supports the formation of collagen and is important for the immune system; it aids in the absorption of iron, and research suggests it may help in the metabolism of cholesterol and the production of certain brain chemicals. But its starring role is as an antioxidant, mopping up free radicals that can damage our cells. In fact, research into the health benefits of vitamin C intake suggests it can do much more:

There’s lots of evidence that diets high in antioxidant-rich fruit and vegetables help ward off cardiovascular diseases. And a handful of important studies have found that people with the highest levels of vitamin C in their bodies are at the lowest risk for stroke (the link seems to be particularly strong in women). Researchers don’t yet know whether this effect is due to vitamin C per se, or to the fact that people with the highest levels consumed the most fruit and vegetables.

Whether vitamin C protects against cancer isn’t clear, but there’s a reason for hope: A couple of studies have shown that some women who consumed high levels of vitamin C from foods (rather than supplements) had a lower risk of breast cancer. And researchers have been looking into the effectiveness and safety of vitamin C as a cancer treatment. There is research suggesting that high-dose C is toxic to certain cancer cells, and some patients are already using intravenous vitamin C with chemotherapy drugs.

It has been known for years that vitamin C deficiency can cause psychological changes. But last year, researchers at McGill University showed that giving vitamin C supplements (500 mg twice daily) to hospitalized, vitamin C deficient patients significantly improved their moods. It’s not known if supplements can benefit others in the same way.

This is the most common cause of vaginal discharge and bad odour, affecting up to 30 percent of pregnant women and a tenth of non-pregnant women. Although BV is not usually a major worry, it has been associated with preterm labour and delivery in pregnant women, and endometritis (an inflammation or irritation of the lining of the uterus). Two recent studies have shown that vitamin C vaginal tablets (250 mg for six days) can treat BV by lowering the vagina’s pH and restoring a healthy mix of flora. An over-the-counter vitamin C tablet for BV (called Prevegyne) has been available in Canadian drugstores for a year.

Vitamin C is the most plentiful antioxidant in the skin, where it helps neutralize free radicals that accumulate with sun exposure and age. And, says Dr. Mariusz Sapijaszko, medical director of the Youthful Image cosmetic surgery clinic and a professor of dermatology at the University of Alberta, ‘Topically applied vitamin C can, over time and usually in combination with other ingredients, improve some signs of aging, including fine lines, uneven pigmentation, skin tone, and texture.’ When selecting a vitamin C cream or lotion, Sapijaszko suggests one that comes in a light-proof package, which helps preserve C. Note that for some skin types, ascorbic acid can cause irritation. When trying it for the first time, test the product on a small area of skin to make sure you won’t have a reaction.

Vitamin C is essential to our overall health, and research into whether it can protect us from chronic disease particularly in supplement form is ongoing. In the meantime, try to get plenty of it by eating a nutritious diet, and talk to your healthcare provider about whether you would benefit from taking a supplement.

How Much Should You Get?

Many Canadians don’t get enough vitamin C through diet alone. A study published in 2010 showed that up to 26 percent of women do not get the recommended amount. The best food sources are fresh fruit and vegetables and their juices, including citrus (a half-cup [125 mL] of orange juice contains 50 mg), kiwis, strawberries, bell peppers, and brassica vegetables such as broccoli and cabbage.