The Power Of Cinnamon And Honey Mixture 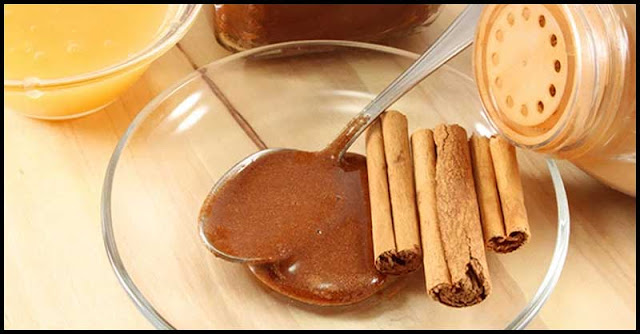 Cinnamon and honey are popular kitchen ingredients that have been also used for medicinal purposes. Both of them possess wonderful healing capabilities that are more potent if combined. They can treat a variety of health problems and can also prevent them.

Cinnamon and honey are used to treat a variety of medical conditions, including arthritis. This condition is a general term that refers to pain, swelling, and stiffness in the joints. The powerful mixture works by reducing joint inflammation from the roots and providing a natural form of relief.

Simply boil hot water and then pour it into a cup. Add one teaspoon of cinnamon and two tablespoons of honey. Cover and leave the cup for five minutes. Stir everything perfectly so that it mixes up well. Drink the mixture regularly twice a day.

Aside from this, we can also mix a teaspoon of honey and cinnamon in lukewarm water to create a paste. Then apply it on the part that is hurting.

High cholesterol levels can lead to atherosclerosis (plaque builds up inside the arteries), which can be a cause of various heart-related issues. Consumption of a concoction of cinnamon and honey can help to regulate cholesterol levels.

Add 3 teaspoons of cinnamon powder and 2 teaspoons of honey in some tea water and drink it on a regular basis to keep our heart healthy.

This powerful combination works great in wounds and various skin infections. Cinnamon has antibacterial and anti-inflammatory effects that help the body fight inflammation and infections while honey contains hydrogen peroxide which is effective in inhibiting bacterial growth.

Mix cinnamon oil and honey and apply it to the wounds.

Cinnamon and honey are both rich in antioxidants and have antibacterial properties. Consuming them regularly can help boost our immune system and protect us from foreign bacteria and viruses.

Add a pinch of cinnamon powder to a glass of lukewarm honey water. Take it in the mornings, especially in the cold seasons. Drinking cinnamon and honey mixture will also help clear your sinuses.

Honey soothes the membranes of the digestive tract, offers maximum energy with minimal digestive work, and stops the growth of Helicobacter pylori, which is supposed to be the major cause of indigestion.

The cinnamon has properties that can relieve heartburn and stomach cramps, lower the stomach temperature, and reduce stomach gas by decreasing the secretion of gastric acid from the stomach walls.

For these benefits, we need to sprinkle a pinch of cinnamon powder on two tablespoons of honey. Take this mixture before meals.