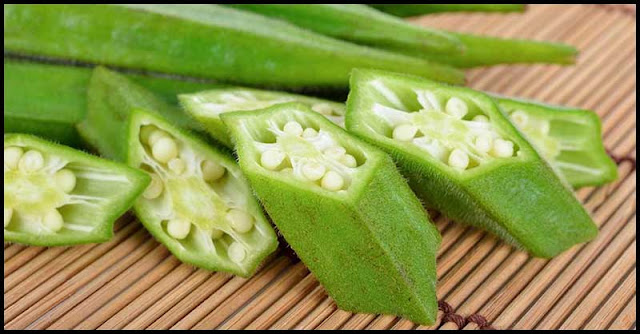 Okra, also known as lady’s finger, is a highly nutritious, mild-tasting green vegetable having pods rich in vitamin C and K, folate, phosphorus, calcium, potassium, magnesium, and fiber. One cup of okra contains nearly one-third of our recommended daily intake of vitamin C, and 39% of vitamin K, which is crucial for blood and bone health. Though it’s not one of the most common foods, consuming it offers our body with nutrition that may improve our overall health.

Okra is a rich source of antioxidants that fend off damage from harmful molecules called free radicals. Some of its main antioxidants are polyphenols, including flavonoids and isoquercetin, as well as vitamins A and C. This helps reduce our risk of serious diseases such as cancer, prevent inflammation, and contribute to overall health.

In particular, a type of protein called lectin is present in okra and is believed to prevent the growth of human cancer cells.

A study revealed that okra extract can cause cancer cell death in metastatic mouse melanoma cells.
Moreover, a 2014 study showed positive effects when lectin from okra was used in a lab test to treat human breast cancer cells. Results revealed that the treatment reduced cancer cell growth by 63% and killed 72% of the human cancer cells.

In addition to lectin, okra also has folate, an essential nutrient that helps in preventing the risk of various cancer. One 2016 review suggested that folate may have preventive effects against breast cancer risk.

Deficiency in folate has been associated with an increased risk of developing various types of cancer such as breast, lung, cervical, and pancreatic cancer.

Delicious Ways To Incorporate Okra Into Our Diet

Oven-roasted. It can be simply flavored with olive oil, salt, and pepper, or smothered with spices.

Fried. Dredged in egg and cornmeal and fried to a golden crisp.

Boil okra and then add a little salt, pepper, and butter to it.

Here’s a delicious okra recipe that will surely catch the taste of many.

Sauté 4 smashed garlic cloves in 3 tablespoons of olive oil over medium heat until golden. Add 4 cups okra (halved lengthwise) and 1 small onion (cut into wedges) and then season with pepper and salt. Cook until the okra is tender and bright, about 10 to 12 minutes. Add 1 pint halved cherry tomatoes; cook until just bursting, 3 minutes. Finish with a splash of cider vinegar.