The Goodness Of Turmeric Milk We Need To Know 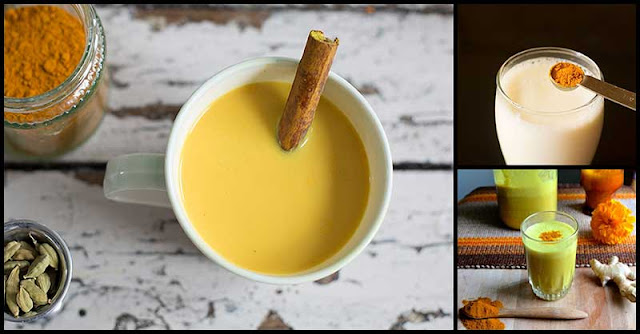 Turmeric milk is a comforting, relaxing, soothing, and nutritious drink that everyone should try. Aside from its delicious taste, the beverage also contains an array of nutrients – especially antioxidants and anti-inflammatory compounds – that are needed by the body so that we can steer clear of most illnesses and boost our immunity.

This traditional Indian drink is also called “golden milk.” Its goodness comes primarily from turmeric which contains a powerful antioxidant known as curcumin. Aside from this, turmeric milk also contains other powerful spices which have potent healing abilities.

How To Prepare Turmeric Milk

Preparing the golden milk at home is easy. The following recipe gives you a single serving (1 cup) of the milk:

We need to simply pour all ingredients into a small saucepan and bring to a light boil. Whisk to combine ingredients and then reduce heat to low and simmer for up to 10 minutes. Strain the drink through a fine strainer into mugs. Add some honey and top with a dash of cinnamon.

We can prepare this milk and refrigerate it for up to 5 days. Reheat it before drinking. Warm is best!

Here are some of the amazing health benefits that can be offered by turmeric milk:

According to studies, turmeric, ginger, and cinnamon can help lower heart disease risk.

The curcumin present in turmeric prevents the release of cytokines, a compound that is largely associated with cardiovascular disease. On the other hand, ginger and cinnamon help reduce the levels of bad cholesterol and increase the levels of the good ones.

Turmeric’s main active ingredient curcumin has anti-inflammatory properties that are comparable with mainstream pharmaceutical drugs. It inhibits the molecules that play a role in inflammation, including collagenase, phospholipase, and thromboxane.

According to studies, curcumin has anti-cancer properties that can help slow down the progression of cancer and protects healthy cells from the damage caused by radiation therapy.

Aside from this, 6-gingerol, which is present in ginger, as well as cinnamaldehyde present in cinnamon were all found to have anticancer effects.

Turmeric milk is beneficial for those individuals prone to a viral and bacterial infection which usually affects the functions of the respiratory system. Consumption of this golden drink may help improve our respiratory system. Its added spices work by heating up the body from the inside, clearing up congestion.

Due to the presence of anti-inflammatory properties, consumption of turmeric milk can help us battle joint pain and protect our body from inflammation.

In one study, individuals with rheumatoid arthritis who took 500 milligrams of curcumin every day showed more improvement than those who took a standard drug.

Turmeric’s curcumin can help prevent inflammation and oxidative stress which are usually associated with diabetes. It can help lower down blood glucose, thus making it beneficial for those individuals suffering from diabetes.

This golden milk has an antispasmodic effect that can help reduce pain associated with menstruation.

Turmeric milk contains cinnamon which helps increase the levels of neuroprotective proteins in the brain, thus cutting the risk of depression, Alzheimer’s, and Parkinson’s disease. Aside from this, the curcumin content also aids the brain to make new connections, thus making our brain cells grow.

Turmeric milk is loaded with calcium and manganese which are all needed for a stronger bone. This beverage will help lower our risk of osteoporosis.

Curcumin helps boost the immune system by promoting the functioning of natural killer cells, T cells, B cells, and macrophages as well as enhancing the response of antibodies. Due to this, our body can effectively fight various conditions such as arthritis, colds, sore throat, diabetes, cancer, and heart diseases.

Start making your own golden milk to enjoy these benefits!