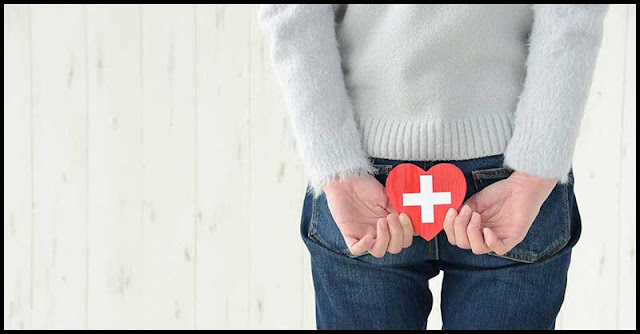 Hemorrhoids are rectal veins that become swollen and distended.  They can develop inside or outside of the anus and rectum. Some of the symptoms of this extremely common problem include pain, itching, and rectal bleeding.  Hemorrhoids can often be very bothersome and embarrassing. That’s why, if some of us here are experiencing them all too frequently, we need to be aware of some of the reasons that may be causing them to flare up.

Not Getting Enough Fiber

Because of eating too many fast foods or packaged snacks, we are not able to get enough fiber that our body needs. This nutrient is necessary in bulking up and softening our stool n order for it to smoothly sail through our GI tract.

A review of studies published in 2015 in the World Journal of Gastroenterology shows that supplementing with fiber helps lessen hemorrhoid symptoms and bleeding.

Sitting On The Toilet Too Long

We might think that being on the toilet is the same as simply sitting in a chair. Well, we are wrong.
Mitchell Bernstein, M.D., Director in the Division of Colon & Rectal Surgery at NYU Langone Health, says:

“Hemorrhoids tend to become symptomatic whenever you have increased, downward pressure. The longer you sit, the more your blood pools down in those veins, and the gravity creates more pressure that creates inflammation that makes hemorrhoids flare. “

Leave meditation or newspaper reading outside the bathroom, and only sit for what’s necessary while on the toilet.

Going too often is one of the most common hemorrhoid causes. A person spends a lot of time on the toilet, possibly bearing down and straining, because of the multiple pooping times a day. This problem may be caused by irritable bowel syndrome, foodborne illness, or maybe viral.

Drinking Too Much Alcohol

Too Much Sugar Consumption

We are more likely to become constipated and experience difficulty in using the bathroom if we often consume sugary foods and drinks. Constipation simply increases our risk of having hemorrhoids.

Almost 41 percent of pregnant women get hemorrhoids and this condition is especially common during the last trimester and one month after delivery, according to a review of studies, published in 2014 in BJOG: An International Journal of Obstetrics and Gynaecology.

“Pregnancy leads to straining, thought to be from increased intra-abdominal pressure from the expanding uterus and fetus.”

Some of the ways to avoid hemorrhoids during pregnancy are by staying hydrated and eating more fiber.