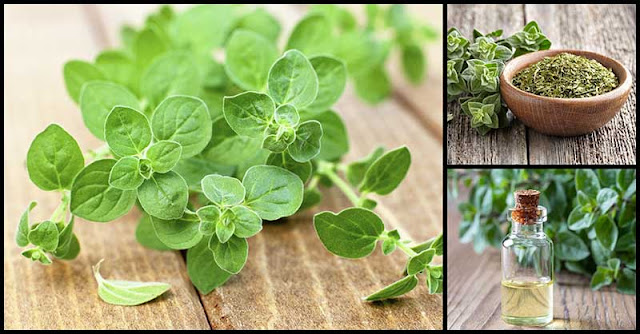 Oregano adds a strong flavor and brings a hint of subtle sweetness in various dishes. The herb offers the body with a range of health benefits as well. It is rich in bioactive ingredients that give its antioxidant, anti-inflammatory, and antimicrobial properties.

Check out below the numerous health benefits we can obtain from oregano.

Fresh and dried oregano extracts have been found to be able to control the production of free radicals, nitric oxide, and prostaglandins which are common pro-inflammatory factors that our body produces. Quercetin, luteolin, caffeic acid, and chlorogenic acid and their derivatives are the ones that have beneficial effects in reducing pain and inflammation.

Due to these, oregano was found to be useful in dealing with various inflammatory problems including rheumatoid arthritis, toothache, menstrual cramps, muscle pain, and insect bites.

The presence of vitamins and phenolic compounds in oregano prevent the accumulation and formation of free radical. Its vitamin E (tocopherol derivatives) can inhibit lipid peroxidation which in return may stop inflammation in vital organs. Also, oregano was able to chemically trap (chelate) metal ions, like iron. An excess of these metal ions has deleterious effects on our metabolism.

Results of a study conducted by researchers at the College of Korean Medicine revealed that β-caryophyllene oxide, a sesquiterpene, is found in the essential oils of certain plants including oregano, may have potential as a part of anti-cancer treatments. A study published in the journal Molecular Carcinogenesis in 2014 showed that this important component can help inhibit cancer cell growth.

Due to the antimicrobial, antiseptic, anti-inflammatory effects of oregano, it can help in wound healing. It can help treat rashes, eczema, psoriasis, and other skin conditions, according to some studies. This known spice may also relieve skin infection and inflammation and repair and remodel damaged tissues.

In addition to fighting off bacteria, some test-tube studies have found that oregano and its components may also protect against some viruses.

The antiviral properties of oregano have been associated with its carvacrol and thymol content.
Carvacrol can help inactivate norovirus, a viral infection that causes stomach pain, diarrhea, and nausea within one hour of treatment, according to a test-tube study.

In a separate study, thymol and carvacrol were able to inactivate 90% of the herpes simplex virus within just one hour.

Simple Ways To Use Oregano