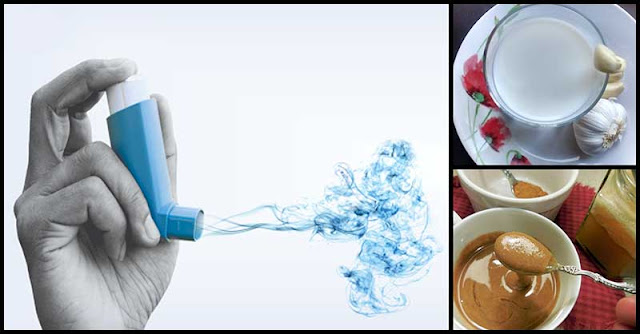 Asthma is a chronic inflammatory disorder resulting from the reaction of the body to one or more allergens. It inflames or blocks the airways of the lungs, causing difficulty in breathing and this can be life-threatening.

Here are some of the most effective home remedies for controlling or stabilizing asthma and asthma attacks:

For centuries, honey has been used as natural medicine. It has antioxidants that fight inflammation and boost immunity. It reduces inflammation in the bronchial tubes (airways within the lungs) and helps break up the mucus that is making a person hard to breathe.

Here’s how to use honey against asthma attacks:

A glass of water with 1 spoon of honey drank thrice a day can help control the disease.

Squeeze the juice of 1/2 lemon into a glass of warm water and add 1 teaspoon of honey. Lemon juice has antioxidants that can strengthen the immune system and may help clear away mucus.

Inhale the steam of warm honey during an asthma attack.

Mix 1/2 teaspoon of cinnamon powder with a teaspoon of honey and have it right before bedtime.

Mix honey and turmeric together to fight breathlessness. Consume this mixture twice a day for the best results.

Several studies have shown that bitter melon is great for respiratory conditions like asthma, bronchitis, and hay fever (rhinitis). It is an ideal booster for respiratory health since it possesses a number of medicinal properties such as anti-inflammatory, expectorant, antiviral, suppressant, and anti-histamine.

Bitter melon can be consumed before going to bed to experience its soothing effects. A spoon of bitter gourd root paste mixed with honey and basil leaves juice given once every night for a month is also helpful in treating internal allergic asthma.

Garlic is loaded with anti-inflammatory properties that make it a miracle worker against asthma. Studies and evidence suggest that garlic is good for not only reducing but also curing asthma symptoms over time.

For this remedy, simply boil 10 garlic cloves in 30 ml of milk. Take the mixture once a day. Also, steaming ginger tea with two minced garlic cloves in it can also help to keep the problem under control. Take this in the morning and evening.

Ginger is super effective in fighting against asthma. Its components have antioxidant, analgesic and anti-inflammatory properties which make it as effective at reducing inflammation as Non-Steroidal Anti-Inflammatory Drugs (NSAIDs).

Aside from adding a touch of peppery zing to certain salads, radish has also been used traditionally to treat every possible respiratory disorder like asthma, bronchitis, and sinus issues. It contains compounds that have the ability to stimulate the mucous membranes that line our respiratory tracts and work quickly to clear congestion and protect against any infection the lungs may be battling.

Cook one cup of grated radish, one spoon of honey and one spoon of lemon juice for 20 minutes. This has been proven to be one of the most effective asthma home remedies for asthma patients.