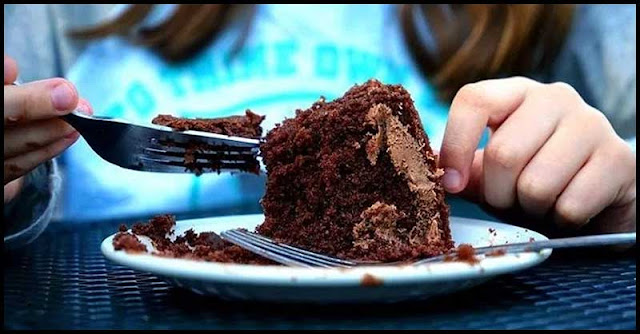 Chemicals linked to cancer have been found in food products like milk, meat, produce, and store-bought chocolate cake, according to study findings presented at a scientific conference in Helsinki, Finland last week.

The study’s findings, which have not been publicly released in the United States, were presented by the U.S. Food and Drug Administration (FDA) during the conference and leaked by environmental organizations like the Environmental Defense Fund and Environmental Working Group.

The FDA has confirmed the contents of the leaked report, stating they plan to release the findings of the study publicly.

“I’m not sure why they released it there and not in the U.S., but I’m just glad it’s out,” said Tom Neltner, chemicals policy director from the Environmental Defense Fund.

Scott Faber, senior vice president for government affairs for the Environmental Working Group said it’s “troubling that Americans had to go all the way to Helsinki to know what scientists have known for many years.”

The chemicals in question are a harmful class of chemicals often referred to as PFAS. The Mind Unleashed has previously reported on these potentially deadly chemicals that exist in the drinking water of 19 million Americans, across 43 U.S. states.

PFAS are widely referred to as “forever chemicals” thanks to their durability and inability to breakdown. While this may seem useful for household products like food packaging, nonstick cookware, textiles, leather, paper goods, paint and more, it isn’t good when they cannot break down inside a body or in the environment.

While researchers have been aware of the risk of contamination of water around sites like military bases, airports, industrial plants, garbage dumps, and firefighter training areas, it was unclear until now if and to what extent PFAS have been entering our food supply.

According to the FDA’s research, the contaminated water present in 43 U.S. states is ending up in the food supply. In fact, 14 of 91 samples tested by the FDA contained PFAS including almost half of all of the meat and seafood the agency tested.

While many Americans purchase local, home—or small farm-grown produce in an effort to access seemingly healthier foods than those available in conventional chain stores, it turns out that produce sold at a farmer’s market 10 miles from a facility producing PFAS was found to contain the chemical. And in New Mexico, contaminated water from an Air Force base made its way to a nearby ranch, where the cows drank the water, resulting in milk contaminated with PFAS.

“It would take approximately 1.5 years to eliminate PFOS from the cow after a 30-day exposure period,” the study said.

While the FDA’s study claims the positive tests were “not likely to be a safety concern,” critics feel differently.

“They just assume all these are one-off isolated incidents, but there’s cumulative exposure here that has to be considered,” Neltner said. He also said that the FDA’s study seemed to focus more on the potential for environmental contamination rather than contamination by food packaging. Some states have gone so far as to ban food packaging made with PFAS after research showed the chemicals can transfer to food.

According to the Hill, the FDA is planning to launch a website as soon as this week that will show “comprehensive information about FDA’s work looking into PFAS and recent early, preliminary survey findings.” However, a website shared with the outlet did not contain the research presented in Helsinki.

Thanks to the work of some of the very same groups that leaked the FDA’s research, there is growing awareness and concern about PFAS on Capitol Hill. In fact, the Hill reports that “more bills dealing with the chemicals have been introduced this session than in any prior year.” While the issue has bipartisan support, the EPA and the Pentagon are unsurprisingly resistant to introducing regulations on the harmful chemicals.

Hopefully, the United States will soon see appropriate action on PFAS at the federal level, but until then, it might be best to avoid store-bought chocolate cake after the FDA’s tests revealed it can contain 250 times the PFAS levels the EPA recommends for drinking water.

Important Notice: This article was originally published in www.themindunleashed.com under a creative commons by Emma Fiala where all credits are due.
Click here to read the full article
3
Like
Save
Share