How Long Can The New Coronavirus Last On Surfaces? 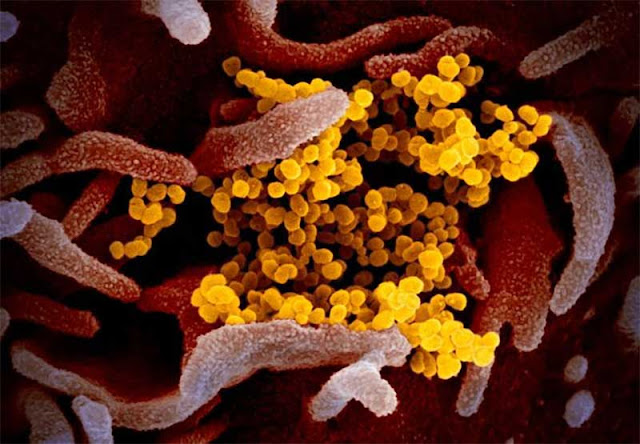 A new study suggests the virus can live on surfaces for up to 3 days.

As the coronavirus outbreak continues to accelerate in the U.S., cleaning supplies are disappearing off the shelves and people are worried about every subway rail, deli counter and toilet seat they touch.

But how long can the new coronavirus linger on surfaces, anyway? The short answer is, we don’t know. A new analysis found that the virus can remain viable in the air for up to 3 hours, on copper for up to 4 hours, on cardboard up to 24 hours and on plastic and stainless steel up to 2 to 3 days. However, this study, which was published in the preprint database medRxiv on Wednesday (March 11),  has not yet been peer-reviewed.

Another study published in February in The Journal of Hospital Infection analyzed several dozen previously published papers on human coronaviruses (other than the new coronavirus) to get a better idea of how long they can survive outside of the body.

They concluded that if this new coronavirus resembles other human coronaviruses, such as its “cousins” that cause SARS and MERS, it can stay on surfaces —  such as metal, glass or plastic — for as long as nine days (In comparison, flu viruses can last on surfaces for only about 48 hours.)
But some of them don’t remain active for as long at temperatures higher than 86 degrees Fahrenheit (30 degrees Celsius). The authors also found that these coronaviruses can be effectively wiped away by household disinfectants.

For example, disinfectants with 62-71% ethanol, 0.5% hydrogen peroxide or 0.1% sodium hypochlorite (bleach) can “efficiently” inactivate coronaviruses within a minute, according to the study. “We expect a similar effect against the 2019-nCoV,” the researchers wrote, referring to the new coronavirus. But even though the new coronavirus is a similar strain to the SARS coronavirus, it’s not clear if it will behave the same.

It’s also not clear how frequently hands become contaminated with coronaviruses after touching a sick patient or contaminated surface, according to the study. The World Health Organization recommends washing hands or using alcohol-based hand rubs for the decontamination of the hands, the authors wrote.

It’s possible that a person can be infected with the virus by touching a contaminated surface or object, “then touching their own mouth, nose, or possibly their eyes,” according to the Centers for Disease Control and Prevention (CDC). “But this is not thought to be the main way the virus spreads.”

Though the virus remains viable in the air, the new study can’t say whether people can become infected by breathing it in from the air,  according to the Associated Press.

The virus is most likely to spread from person to person through close contact and respiratory droplets from coughs and sneezes that can land on a nearby person’s mouth or nose, according to the CDC.

Important Notice: This article was originally published at www.livescience.com by Yasemin Saplakoglu where all credits are due.
Click here to read the full article
7
Like
Save
Share