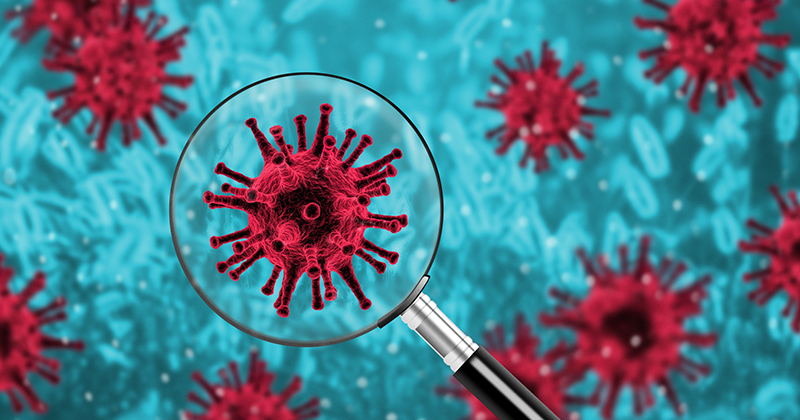 Yesterday, we shared how American social media companies would rather punish President Trump for sharing “manipulated media” (aka memes) than hold Communist Party officials of spreading misinformation, including conspiracy theories about the origins of the coronavirus outbreak.

Beijing has allowed conspiracy theories to proliferate, even occasionally stepping in to stir the pot, like it did this week when it first revealed that traces of the virus had been found on a cutting board in the Xinfadi wholesale market.

Hours later, the word was out: imported salmon from Europe was responsible for the latest outbreak in Beijing.

Tens of thousands of stores across China tossed their salmon stocks, probably wasting millions of pounds of the pricey fish. And that’s not all.

Many people are wondering what the 2020 presidential debates may look like due to coronavirus fears around the world.

Freemasons, Norwegian salmon and even Bill Gates have been blamed for the latest outbreak in Beijing, as the CCP encourages its own fever-swamp of disinformation in the dark recesses of the Chinese internet.

Of course, all of these conspiracies converge, like tributaries into the rollicking Mississippi, on the notion that the coronavirus may have been brought to China by agents of the West. That is to say, the original outbreak in Wuhan was a plant.

Many social media users even began speculating that the pandemic that began in the central Chinese city of Wuhan may have been imported from a foreign country. These theories support the government’s contention that the virus may have originated outside of China, and have helped push back against US president Donald Trump’s labelling of Covid-19 as the “China virus”. “Coronavirus found on salmon: is that to say, the first case in Wuhan was also not from wild meat but imported seafood? Who first accused the Chinese of eating wild animal meat?” asked a user called Mydad on Chinese microblogging site Weibo.

Sometimes, these conspiracy theories will leave unintended casualties, including stoking fears that the imported fish might be contaminated. Salmon has been cleared out from grocery stores and restaurants in Beijing, while the frozen fish was removed from several foreign grocers in Beijing on Thursday while many shops on China’s online marketplace Taobao have stopped selling salmon.

Interestingly considering the secret society is no longer in vogue in the West, Freemasons, long a target of organized hate groups in the US like the KKK, make frequent appearances in the nationalistic Chinese conspiracy theories about the coronavirus.

“In general this is increasing in China,” King-wa Fu, an associate professor at the University of Hong Kong’s Journalism and Media Studies Centre, said of the spread of conspiracy theories on Chinese social media. “But coronavirus is unprecedented and this type of information tends to circulate in times of uncertainty — not just in China but around the world.”  The latest outbreak has seen much of the online speculation take a staunch nationalistic tone, sometimes even latching on to conspiracies spread by rightwing activists in the US. One Weibo post shared on Sunday took aim at Mr Gates. The post, which has been deleted, alleged that the virus may have leaked from a Chinese laboratory backed by the Microsoft co-founder. Freemasons have also been attacked on Weibo. A number of posts over the past week blamed the secretive fraternal organisation as the source of the outbreak. Weibo user Gufengdumian said: “Both Wuhan and Beijing’s outbreak started out in food markets. The initiator took advantage of such crowded places and careless mindsets. These terrible American Freemasons are determined to wipe out the Chinese.”

Both Bill Gates and – get this – George Soros have frequently been blamed for introducing the virus to China, in a strange inversion of conspiracies popular in the US.

“Bill Gates has been criticised to death for coronavirus. Why doesn’t anyone suspect Soros?” Weibo user Chouniuba asked last week. Zhao Lijian, the Ministry of Foreign Affairs spokesman, has promoted the theory that the virus may have been intentionally transplanted to Wuhan by the US military. That led to fevered speculation on social media about the source of the virus. “Groundless speculation about the origins of the pandemic did not begin with Zhao, but the case of his eye-catching tweets reveals how China’s changing propaganda tactics have interacted with mangled news reporting, social media conspiracy theorising, and underlying US-China tensions — all resulting in high-profile misinformation about a public health crisis,” Stanford University researchers Vanessa Molter and Graham Webster wrote in a report this year.

It’s just the latest example of how the CCP is using its penchant for spreading propaganda and misinformation to hoodwink its people.

And if US social media companies aren’t careful, China could accomplish the same subtle yet effective manipulations in the US.

The groundbreaking Alexapure Breeze air filtration system is now on sale with the largest discount we’ve ever offered! Save over 45%!