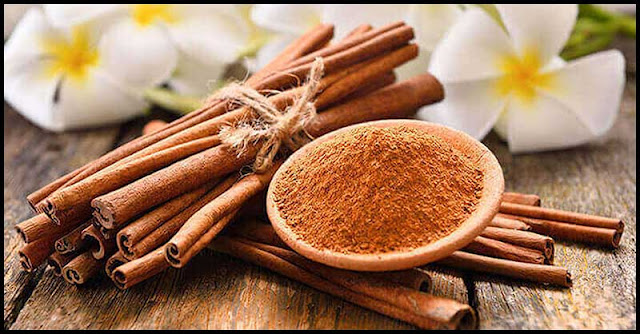 Polycystic Ovarian Syndrome or PCOS is an endocrine gland disorder in women of reproductive age. In this condition, a woman can have a number of complications such as infrequent menstruation, ovarian cysts, problems in conceiving, excessive secretion of oil on the skin, thinning of hairs, lack of appetite, and many more.

According to experts, the causes of PCOS are complicated, but insulin resistance and hormone regulation are key factors.

How Cinnamon Helps A Woman With PCOS?

Since PCOS is a strong independent risk factor for developing diabetes, women who experience PCOS in young adulthood are at higher risk of having diabetes and fatal heart problems later in life.
When it comes to managing symptoms of PCOS, cinnamon may be a key element.

Insulin resistance in women with PCOS contributes to weight gain. In a study, researchers found that cinnamon extract has a positive effect on insulin resistance. It works by dramatically reducing insulin resistance, helping this important hormone do its job. This powerful spice decreases the amount of glucose that enters the bloodstream after a meal by interfering with numerous digestive enzymes, which slows the breakdown of carbohydrates in the digestive tract. Moreover, cinnamon also reduces the occurrence of the Anti-Mullerian hormone (AMH) which also contributes to the occurrence of PCOS. Consumption of cinnamon is recommended from diabetes sufferers to anyone with an insulin resistance problem.

Furthermore, cinnamon also may regulate menstruation for women with PCOS as well as mitigate heavy menstrual bleeding associated with common conditions of female health, such as endometriosis, menorrhagia, and uterine fibroids.

How To Include Cinnamon In Your Diet

Add cinnamon powder to everything from curries to desserts. Enhance the taste of smoothies, shakes, and fruit salad by sprinkling some cinnamon powder.

Have a cup of cinnamon tea every morning. It can also be added to both black tea and milk tea.
Lose some weight and reduce the effects of PCOS by drinking honey cinnamon and lemon water.

Simply boil a glass of water with a stick of cinnamon and then add a spoon full of honey and a few drops of lemon. Have this drink on an empty stomach in the morning.