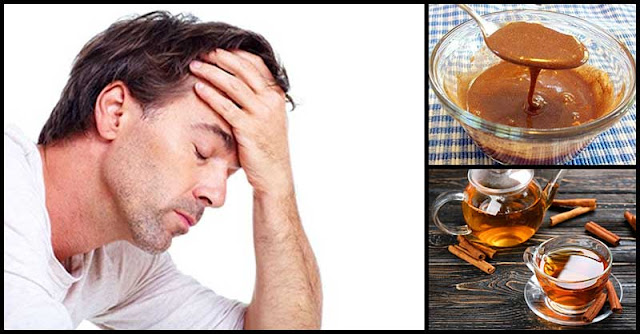 Millions of people are prone to headaches or migraines. Sensitivity to light, smell, and sound; brain fog and head pain; vomiting, nausea, and constipation; are all ways migraines bring us down and ruin our day. Most of the time, people tend to take prescription medication to abort a migraine attack. However, taking a pill each time can actually make a headache worse. Fortunately, there are natural alternatives that can bring us relief from headaches and help us save money and medication.

Considered as a miracle spice, cinnamon is known as one of the effective remedies for headaches.
Cinnamon is a highly delicious spice and is prized for its medicinal properties. Its distinct smell and flavor are due to its oily part known as cinnamaldehyde which is responsible for most of cinnamon’s powerful effects on our health and metabolism.

Ways of Using Cinnamon Against Headaches

Simply grind some cinnamon sticks into a powder and then add some water to make a thick paste. Apply it on the forehead and temples. Lie down for 30 minutes then wash it off with lukewarm water. A headache should go away soon.

Brew 1 tsp of cinnamon in a cup of hot water. Let it stand for half an hour and then sweeten it with honey and drink. Take 2 sips every hour.

Make a soothing drink by adding two teaspoons of cinnamon powder to a cup of hot milk. A teaspoon of honey can be added for sweetness.

Another way of alleviating headaches with cinnamon is by having cinnamon and black tea. Brew a teaspoon of black tea in a cup of boiling water. Put a cinnamon stick. Strain and drink after five minutes. Cinnamon relieves spasms while black tea stimulates the nervous system and improves blood circulation.

Other Benefits We Can Enjoy From Adding Cinnamon Into Our Diet