5 Things We Can Do Today To Reduce Firearm-related Deaths 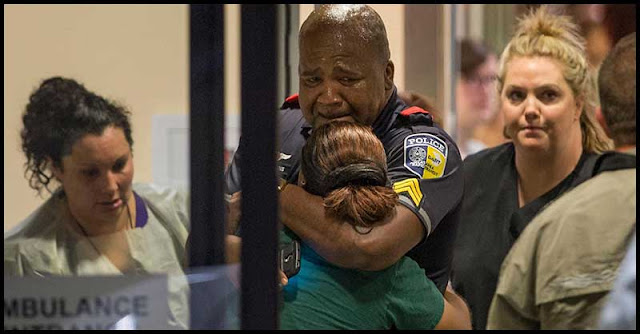 The tragic escalation in firearms violence against innocent people nowadays has left many of us looking for answers as to why. In my search for insight, Dr. Megan L. Ranney, M.D., a U.S. based physician has offered some really amazing ideas that all of us can start discussing in our search for answers moving forward.

“Yesterday many asked for a day to mourn. They said, “tomorrow we take action.”  Today is tomorrow.

1. Remember That Most Gun Deaths Are Suicides

In 2016, over 38,000 Americans died from a firearm injury. Almost 2/3 of those deaths were from suicides. Firearm suicide touches every community in America. We know that 90 percent of people who try to commit suicide with a gun die. (In contrast, only 10 percent of people who try to commit suicide with other methods die.) The solution? If you or a loved one is depressed or suicidal, keep guns away. If you own a gun, make sure it’s locked up, and that your family member doesn’t know the gun safe code. If you aren’t in control of the gun, talk to a mental health professional or to the police. Depending on your state laws, there may be ways to temporarily get a gun out of a suicidal person’s hands. (Side-note: if you’re a parent, you should ask whether guns are present or locked up before your kid goes to a playdate. No different from what you’d ask about a pool!)

2. Recognize — And Act On — Warning Signs

We can’t prevent every mass shooting or homicide. But most gun deaths are preceded by warning signs. In this latest tragedy, everyone at school knew that the shooter was dangerous. In the Southerland, TX shooting, the gunman was known to have a history of domestic violence. Our communities and our laws must take these well-established warning signs seriously. And they must do so now. If your kid tells you that there’s a scary social media video going around, report it to the police. If you know that your friend is a victim of domestic violence, help her to get a restraining order (and make sure that the perpetrator’s guns are removed, as per federal law). We can all act now, while we also demand change.

Mass shootings and homicide are rarely an issue of “mental illness.” People with serious mental illness (schizophrenia, bipolar disorder, severe depression) are actually more likely to be victims of violence, than to commit violence. Mass shootings are an issue of personality disorders — of isolation, of hatred, and of lack of community. Let’s fix this by reaching out and creating a network for good.

I’m a public health professional. I don’t want to crimp anyone’s style, nor do I believe in a “nanny state.” But there are some laws and practices that (based on research) have reduced injury from dozens of causes. We’ve reduced car deaths, through evidence-based changes in car engineering (seatbelts and airbags), in-laws (drunk-driving), and in education (licensing). We’ve reduced childhood poisoning, through evidence-based changes in the design of medicine bottles (child-proof caps). We need research to do the same for guns. I’m currently working with another emergency physician to set up a private philanthropy to support this, since our government can’t manage to do so.

Listen, I don’t own a gun. But I have friends that do. They hunt, or they’re former military, or they live in a state where gun ownership is the norm. They are not the issue here. And if I alienate them, I effectively shut down the possibility for change. They support background checks, safe storage, and ammunition limits, too. These are things that have been shown to decrease homicide and suicide rates — and would likely move the needle on mass shootings, too. The only people who oppose these common-sense policies are in the NRA’s pocket (here’s looking at you, Ted Cruz!). Let’s change the conversation, reach across the aisle, and create some real change.

To quote Brené Brown: “When we are in pain and fear, anger and hate are our go-to emotions.” As an emergency physician, a public health professional, and most of all as a parent, I have no more time for anger and hate. Let’s move together, beyond anger and hate, and take action to make a difference.”

Important Notice: This article was originally published in https://feminem.org/ by Dr. Megan L. Ranney, M.D. where all credits are due. Dr. Ranney can be reached on Twitter via @meganranney
Click here to read the full article
6
Like
Save
Share