15 Silent Signs Your Body Might Be in Big Trouble 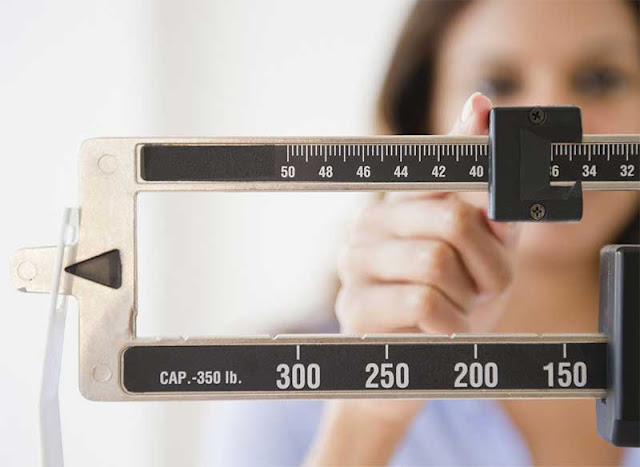 If you’ve lost more than 10 pounds with no diet or exercise changes, get it checked out, says Richard Wender, MD, chief cancer control officer at the American Cancer Society. Unexplained weight loss happens most often with pancreatic, stomach, esophageal, or lung cancer.

Damage To Your Teeth

“I often get referrals from dentists with patients who don’t feel heartburn or other reflux symptoms, but their teeth enamel is completely worn down,” says Evan Dellon, a gastrointestinal (GI) specialist at the University of North Carolina School of Medicine. Many are shocked to learn they have acid reflux. While sugary drinks wear down teeth at the front of your mouth, acid from your esophagus tends to dissolve the enamel of teeth at the back.

Other subtle but suspicious symptoms of reflux include a persistent sore throat, coughing, unexplained wheezing, or a frequent foul taste in your mouth. If you or your dentist notice any of these warning signs, see a GI specialist promptly. Untreated reflux not only leads to tooth decay but can also increase your risk for esophageal cancer. (Beware of these teeth-cleaning mistakes that make dentists cringe.)

This reaction, which breaks out on the elbows, knees, butt, back, or scalp, may look suspiciously like eczema, but it could be a more serious issue: celiac disease, an autoimmune condition in which ingesting even the tiniest amount of gluten causes your body to attack its own intestines. Up to 25 percent of people with celiac have this rash, known as dermatitis herpetiformis. Many patients have no digestive symptoms. When someone with celiac consumes gluten, the body releases an antibody known as IgA, which attacks the intestines; sometimes IgA also collects in small blood vessels underneath the skin, triggering the telltale rash.

Unlike people with other forms of celiac, patients with dermatitis herpetiformis don’t have to undergo an endoscopic biopsy for a definitive diagnosis. A doctor can biopsy the rash and look for antibodies that indicate celiac. Once you start a gluten-free diet, the rash should disappear, and you’ll protect your body from other long-term, serious damage of celiac disease, such as osteoporosis or small intestine cancer.

Peeing more or less than usual could indicate bladder or prostate cancer; meanwhile, constipation or diarrhea may signal colon or ovarian cancer. You may attribute gassiness or bloating to your diet, but talk to your doctor if it lasts more than a week.

About one-third of patients with Crohn’s disease—an inflammatory disorder of the GI tract—have a form that affects just the anal region. It manifests as sores, ulcerations, or fleshy growths outside the area, which can be mistaken for hemorrhoids. “Patients will say sitting is so unpleasant, it’s like they’re perched on top of a marble,” says David Rubin, MD, chief of gastroenterology at the University of Chicago Medical Center. This type of Crohn’s disease is often the most painful and has the worst prognosis, says Rubin. If left untreated, Crohn’s disease can lead to bowel obstruction, painful fissures, and even colon cancer.

If you have what appears to be hemorrhoids that don’t respond to treatment, Rubin recommends seeing a GI specialist for a second opinion as soon as possible. He or she can run blood tests to check for white blood cell count, C-reactive protein, and other markers that can indicate undiagnosed disease. (Learn more on how to manage hemorrhoids and prevent future flare-ups.)

When you think of Parkinson’s, you probably think of tremors, but a more telling early Parkinson’s warning sign is handwriting that gets much smaller. “I have patients write a sentence such as ‘Today is a nice day’ 10 times,” says Michael S. Okun, MD, national medical director for the Parkinson’s Foundation. “As they write, each sentence gets smaller and smaller, and the words become more crowded together.”

Parkinson’s disease occurs when nerve cells in the brain become damaged or die off. They stop producing as much dopamine, a chemical that sends signals to produce movement; this causes muscle stiffness in hands and fingers, which affects handwriting. Two other early red flags of Parkinson’s: loss of smell—so you don’t notice mouthwatering odours—and really intense dreams in which you thrash, kick, and punch during sleep. If you notice any of these symptoms—and they last more than a couple of weeks—see a neurologist. The earlier Parkinson’s is diagnosed, and the sooner you get control of symptoms, the better your quality of life will be.

For many people, depression doesn’t translate to weeping or lying listlessly on the couch. More than half of patients with depression have irritability and anger; in fact, those depression symptoms are associated with a more severe, longer-lasting form, according to a 2013 University of California, San Diego study published in JAMA Psychiatry.

“A classic case: Someone never suffered from road rage before, but now if they get cut off, they get so furious, they go crazy blaring their horn,” says Philip Muskin, MD, a professor of psychiatry at Columbia University Medical Center. If you’re constantly snapping at your spouse or the slightest annoyance gets your heart racing—and these reactions have lasted for more than two weeks—there’s a real chance that depression is the culprit.

Many cases of major depression respond well to a combination of antidepressants and cognitive behaviour therapy, a short-term therapy that teaches skills to avoid damaging thoughts or actions. A study published in The Lancet found that mindfulness-based cognitive therapy, which helps increase awareness of negative spirals, was as effective as meds in preventing a recurrence of depression over a two-year period. (Don’t miss these strategies to help fight depression during Covid-19.)

Coughs don’t usually mean cancer, but if you develop a cough that won’t disappear, even though you’ve never had allergies, asthma, or sinus problems, take note. It could be lung cancer or—if accompanied by hoarseness—cancer of the larynx or throat.

“One question we often ask: ‘You’re out to lunch, and the bill is $60. What’s a 15 percent tip?’” says Daniel Marson, Ph.D., director of the Alzheimer’s Disease Center at the University of Alabama in Birmingham. “People in the early stages of Alzheimer’s might struggle for a minute or two and then say, ‘It’s $7.’ ” (The answer is $9.) While everyone has an occasional senior moment, “it’s a red flag if these issues persist on a regular basis,” says Marson. As Alzheimer’s develops, the brain’s cortex, which includes areas involved in thinking, planning, and remembering, shrivels up. This makes managing day-to-day finances increasingly difficult. (Here’s what you can do to keep your mental skills sharp as you age.)

It’s a commonly known symptom of sleep apnea, which is associated with increased heart disease risk. But snoring may play a bigger role in cardiovascular disease than experts thought. A 2013 study published in The Laryngoscope found that even among patients without sleep apnea, snoring was linked with thickening of carotid arteries in the neck; such damage is a precursor to stroke and heart attack. Snoring was more strongly associated with this wall damage than were smoking, high cholesterol, or being overweight.

Why? Snoring may damage the carotid arteries, which supply blood to the brain. “We think the arteries are reacting to the vibration of the snoring since they’re very close to the throat,” says study author Kathleen Yaremchuk, MD, chair of the Department of Otolaryngology, Head and Neck Surgery at Henry Ford Hospital.

Research in the European Cardiology Review found a link between erectile dysfunction and heart disease. Arteries to the penis are smaller than elsewhere in the body, so they may become blocked even before a man has any other signs of heart disease. “It’s embarrassing. Many men just want to get a prescription and avoid discussing the problem with their doctor,” says New York-based cardiologist Nieca Goldberg. “But it’s really important that they not dismiss it and get evaluated for heart disease.” If men have other risk factors, such as a family history of heart disease, the doctor may recommend advanced screening tests such as a coronary calcium scan.

Gum disease could increase the risk of heart disease by 20 percent, according to a study in the Journal of the Indian Society of Periodontology. “The link has to do with the body’s response to inflammation,” says Stuart Froum, DDS, director of clinical research at NYU College of Dentistry.

Frequent cleanings (every three to six months) by a dentist can usually control early-stage gum disease. Treating gum disease was associated with fewer hospitalizations among people with heart disease or type 2 diabetes, according to a 2014 study in the American Journal of Preventive Medicine.

When you start developing type 2 diabetes, your body becomes less efficient at breaking down food into sugar to use as fuel for energy. As a result, sugar builds up in the bloodstream, where it does silent but significant damage to blood vessels and nerves, says Ashita Gupta, an endocrinologist at Mount Sinai Roosevelt Hospital in New York City. Your body frantically tries to dump the glucose buildup by flushing it out in your urine. Translation: “You’re going to the bathroom more frequently—and producing much more when you go,” says Gupta. You may find yourself getting up a few times during the middle of the night to pee. Since you’re urinating so much, you may be thirstier.

Ask your doctor about getting an A1c test, a blood test that measures your average blood glucose over the course of three months (other tests, such as the fasting blood glucose test, measure blood glucose levels only on the day of the test). “The sooner type 2 diabetes is diagnosed, the more likely you can reverse it with lifestyle changes such as weight loss and exercise,” explains Gupta.

Spaced out on your neighbour’s name at a barbecue? It may be due to stress or fatigue, but forgetfulness about little things such as names or grocery lists could indicate hypothyroidism—low levels of thyroid hormone. “Patients complain that their brain just feels ‘fuzzier.’ Without thyroid hormone, everything just slows down,” says Gupta. “I ask whether they still feel tired after a full night’s sleep. If they still feel foggy, it may signal that something hormonal—like an underactive thyroid—is the culprit.” Other low thyroid signs include always feeling cold, low libido, and food not tasting as good as it used to.

Because these symptoms are often vague and seemingly unrelated, it’s easy to blow them off. But if you have any of the symptoms, it’s worth getting tested. “When patients are treated with thyroid medication, they’re always amazed at how much sharper they feel—that their memory lapses and difficulty concentrating weren’t due to just menopause or aging,” adds Gupta.

Important Notice: This article was originally published at www.besthealthmag.ca by Hallie Levine Sklar where all credits are due.
Click here to read the full article
4
Like
Save
Share