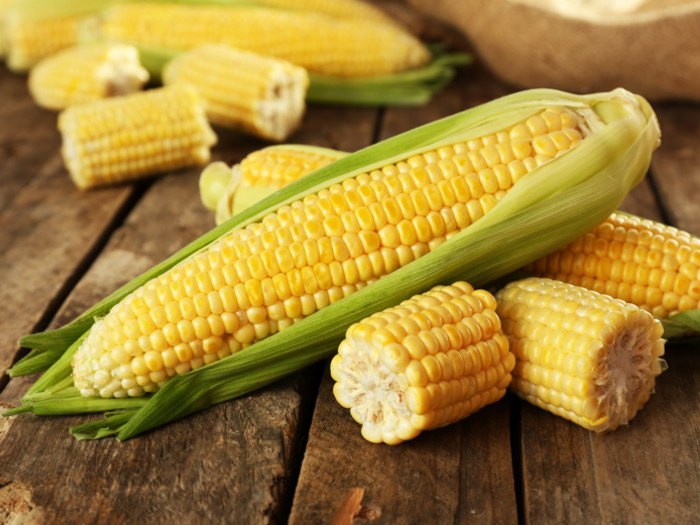 Few things taste like summer as much as hot, melting butter on a perfectly grilled corn on the cob. This simple hand-held treat can take you to happy thoughts of sunny days, summer barbeque parties, and the smoky fragrance of outdoor grilling. Corn is the best and simplest side dish to burgers and grilled meat, and delicious too. There are several ways to cook it. Let’s get straight to it.

Corn On The Cob

Corn on the cob is a culinary term used to describe the sweet corn, a common variety of maize, that is eaten directly off the cob. The ears of the corn are either steamed, grilled, or boiled. The corn on the cob is covered with layers of husk and corn silk. You can grill it with one layer of husk or you can remove it, depending on your preference. Corn silk can be used to make a delicious and nutritious tea, often used as a folk remedy due to its anti-inflammatory properties.

Buying Corn: While buying corn, make sure the kernels are plump and fresh. The best time to buy corn is when it is freshly harvested; you may get lucky in local markets and farmer’s markets. They are well worth the trouble. Also, look for the ones that have tight, green husks. Avoid buying corn where the husks are dried and or have holes in them (most likely due to worms).

Storing Corn: If you have a lot of corn on hand, don’t remove the husks as they naturally lock the moisture in. You can store it in the refrigerator in an airtight plastic bag for 1 to 3 days. Cooked corn on the cob can stay for 3 to 5 days in the refrigerator and up to 10 months in the freezer.

How To Cook Corn On The Cob? Photo Credit: Shutterstock

How To Cook Corn On The Cob?

There are several methods to cook corn on the cob such as grilling, steaming, boiling, or roasting in the oven. You can even nuke it in the microwave or use an instant pot to make it.

The traditional way to do it is over a hot grill and it is the easiest way to feed a crowd at a barbeque party. So first, let’s find out how to make the best-grilled corn on the cob. This recipe is a simple, no-frills method.

How To Make Grilled Corn On The Cob? 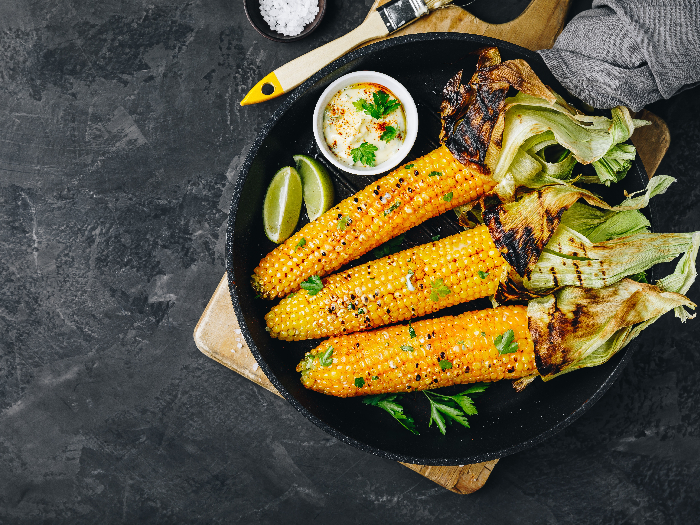 You can use different seasonings like a mix of paprika and lemon pepper. You can also make your own seasonings by mixing your favorite spices. Basting it with honey and putting on the grill can also give an unusual caramelized flavor. But do keep an eye for grill flare-ups as honey has a tendency to burn.

Boil Corn On The Cob

Boiling husked corn on the cob in a pot of water for 10 to 12 minutes is one of the easiest ways to cook it. However, there are strong opinions that boiling the corn can reduce the sweetness of the kernels. You can season the water with salt, sugar, and lemon juice to make juicy, sweet corn on the cobs. Another trick to delicious boiled corn is to add a cup of milk and a stick of salted butter to the water – this helps the corn taste wonderfully succulent.

Remove the husks of the corn. You may need to cut the cleaned corn into two pieces to fit it into the steamer basket. Place the corn in a steamer basket in a pot of hot water and steam for 8 to 10 minutes, or till tender. If you like your corn soft, you can cook it for longer but just make you keep an eye on the water levels in your pot. Served steamed corn with melted butter, salt, and pepper.

Nuke the unshucked corn for 4-6 minutes. The husk layers are important as they keep the moisture locked in. Once microwaved, wait for 5 minutes before removing the husk; you need to be careful of the steam build-up in the husk layers. Serve immediately, with melted butter.

Oven Roasted Corn on the Cob

Preheat the oven to 375º F. Wrap the husked, clean corn on the cob with aluminum foil. You can add butter, salt, and pepper and then seal the foil if you prefer. Place the foil packets directly on the oven rack, in the center of the oven. Make sure you keep it buttered side up to avoid drippings. Cook for 30 minutes and allow the corn to cool for about 5 minutes before opening.

You can use an instant pot pressure cooker to cook the corn. Pour 1 cup of cold water and place the trivet in the instant pot. Add the cleaned corn cobs. You may have to cut it into two. Use the high-pressure setting and the quick release setting. It may spray some moisture. Always follow the manufacturer’s instructions while using the instant pot for safety. Serve with butter or your favorite topping.

While there are several ways to cook corn on the cob, the tenderness and juiciness of the corn may vary, depending on the method used. Please let us know your preferred method in the comments below. Also, if you have leftover corn on the cob, you can use it to make a creamy corn casserole or a delicious corn salad. You can add it to rice dishes, sandwich fillings, or use it as a veggie pizza topping. So the next time you see corn in a farmer’s market, make sure you buy it and enjoy its delicious sweetness!

The post How To Cook Corn On The Cob (6 Ways) appeared first on Organic Facts.